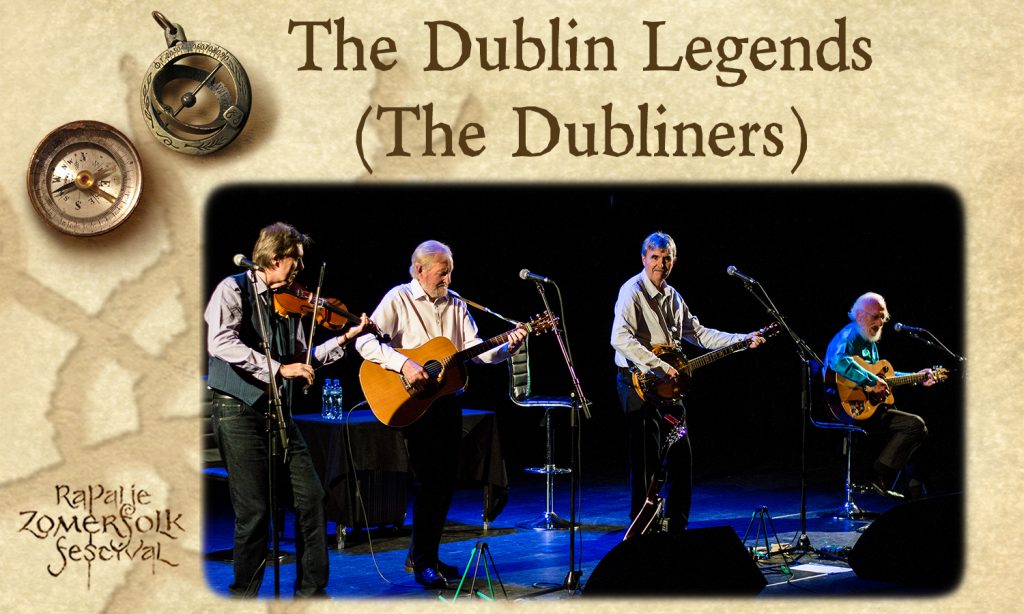 The Dublin Legends (formerly known as The Dubliners) will play at the Rapalje Zomerfolk Festival 2017!

Who hasn’t heard of them: The Dubliners! These men formed one of the longest-established bands in the world and certainly one of the most successful. In 2012, John Sheahan quit the band and it seemed that after 50 years of Dubliners, the world had to do without these musical geniuses. But luckily this is not te case. The remaining members went on, now under the name The Dublin Legends, and continued their musical heritage. For Rapalje The Dubliners have always been a huge inspiration; for fans of both groups the show will therefore be extra special and unique!