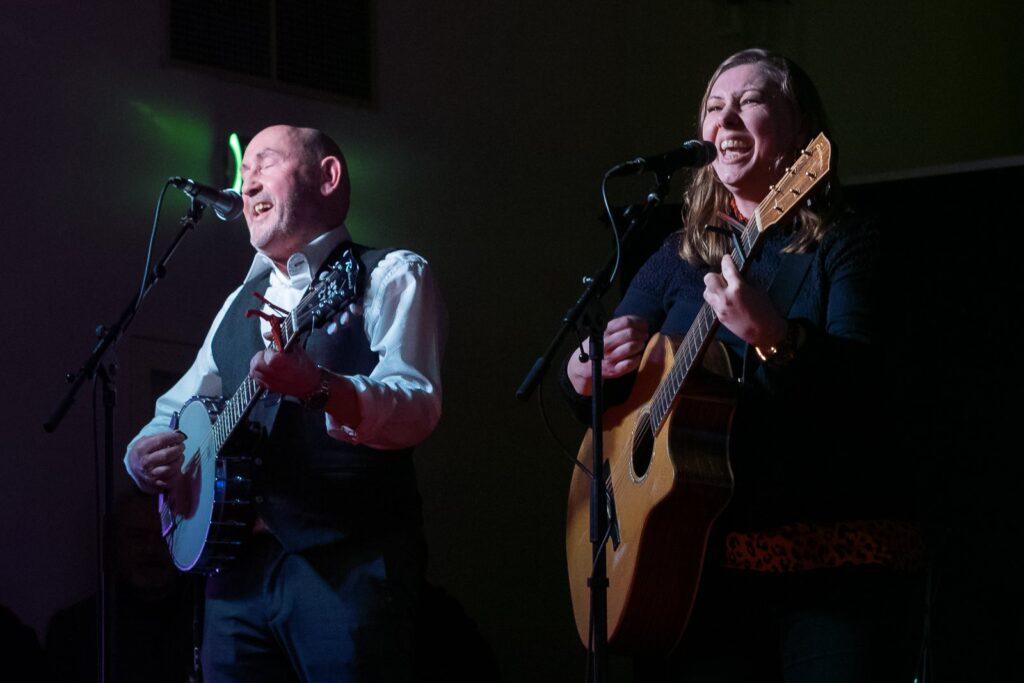 The Shannons – Folk 'n Roll a combination of Irish traditional music, covers, folk and own work. The Shannons is formed by the Irish musician Noel Shannon and Lynn Shannon born in Deventer. We switch lead vocals and harmonies and both play guitar and mandolin. A pleasant acoustic sound for every audience.
Irish folk duo “The Shannons” launched the one-liner “Folk 'n Roll”. They have been making music together since February 2010, but they can be seen more and more often with the English violinist Jimmy Ellis and Victor Lacken from Dublin can also be booked as a band.

In October 2014, The Shannons released their first album “Married Man”. An album with mainly own work, Irish traditionals and a single cover.